Early, or new Lyme disease can be accompanied by acute symptoms such as fatigue, fever, headache, stiff neck, sore muscles and/or sore joints. It is often described as “flu-like” illness when it is not flu season. (Though Lyme disease has been diagnosed during all months of the year.) Part of the difficulty in diagnosing new Lyme disease is the variety of ways it can present. The rash of Lyme disease is a rash called Erythema Migrans, or EM rash. The hallmark rash is a bull’s eye rash, however, the most common rash is a red, expanding rash. Much of the literature describing Lyme disease states that 80% or more of patients develop the rash. The Maine CDC published in their Legislative Report of January 2018 that only 48% of confirmed cases had a rash, and that is actually an increase from 2011 when only 43% of confirmed cases had a rash. Another recent study published that only 9% of patients had a bull’s eye rash. The rash may be absent or in a place that is not easily seen such as your backside, or in your hair. If the rash is present, it will usually occur 3-30 days after exposure in new Lyme disease. Treatment of early Lyme disease is of the utmost importance to prevent the further complications of late disseminated disease.

Surveillance criteria for late manifestations of Lyme disease include musculoskeletal symptoms including migrating joint pain, possible joint swelling, and muscle pain. Lymphocytic meningitis, cranial neuritis or nerve palsy, and neuropathy are nervous system symptoms. Cardiac symptoms can include acute onset of 2nd or 3rd degree block. Neuropsychiatric symptoms are often present and can be mistakenly attributed to other causes rather than to Lyme disease. Clinically, for diagnostic purposes, the symptoms of late Lyme disease can be much broader in scope as demonstrated in the following symptom lists.

If you’re seeing early signs of lyme disease or think you might be infected, use this comprehensive checklist, first developed by Joseph J. Burrascan MD, and then revisesd and expanded by Dr. Betty Maloney, to streamline the office interview.

Signs and Symptoms by the LDA
http://www.lymediseaseassociation.org/images/NewDirectory/Resources/Lyme_Signs_Symptoms 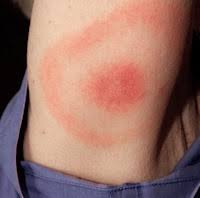 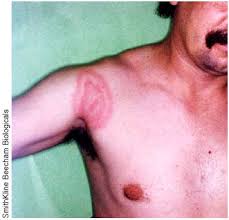